For the last 20 years, I’ve been managing editor and then editor in chief of Christianity Today.  In semi-retirement, I still compile a weekly newsletter, The Galli Report, but I will give the bulk of my writing energy to exploring the dynamics of what I’m calling a “worldly spiritual life.”  I mean to take the insights of the Christian tradition, among other resources, and show how they can help us think and act and pray more wisely in our daily lives, in the church, and in the public square.  There is no spiritual life apart from our life in the world.  And there is no worldly life apart from God, who is ever present, if annoyingly silent a lot of the time. 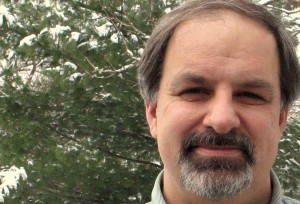 If you need to reach me for writing or speaking opportunities, or for media interviews, please send an email to mark dot galli at gmail dot com.

I was born and raised in California, received my B.A. in history from the University of California at Santa Cruz, an M.Div. from Fuller Theological Seminary, and did some doctoral work in Puritan history at U.C. Davis. I served as a Presbyterian pastor for 10 years, four in Mexico City and 6 in Sacramento, before becoming a journalist. I spent 30 years as an editor with the Christianity Today ministry, including Leadership Journal and Christian History.

I’ve published articles in a variety of magazines, from devotional pieces ( like The Upper Room) to commentary on current events (New York Times) to more theological musings (Books & Culture).

I’ve written or co-written 9 books (as of January 2020), from biographies (Francis of Assisi and His World and Karl Barth: An Introductory Biography for Evangelicals), to books on spiritual theology (like Jesus Mean and Wild and Beautiful Orthodoxy) and liturgy (Beyond Bells & Smells: The Wonder and Power of Christian Liturgy). My most recent book is When DId We Start Forgetting God? If you’re interested in any of my books, begin here.

This site uses Akismet to reduce spam. Learn how your comment data is processed.