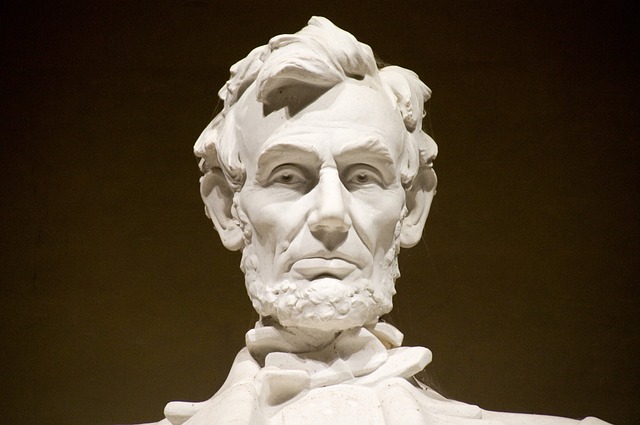 Image by Art Bromage from Pixabay

The following is the transcript of my video contribution for the Convention on Founding Principles, held August 24 to 27, 2020.

We’re not electing a pastor-in-chief.

That was one of the main criticisms of my now infamous December 2019 Christianity Today editorial in which I argued that President Trump is morally unfit for office. “We don’t elect political leaders for their morals,” goes the sentiment, “but for their ability to get things done.”

To many so-called “realists,” anyone who suggests that moral leadership is just as necessary as political skill is considered woefully naïve. If so, a whole school of political philosophers, starting with Aristotle, don’t know what they are talking about.

Such critics are inspired by Machiavelli, who argued that in a hostile and brutal world, political leaders are not merely justified by but are required to lie, cheat or otherwise do wrong “to get things done.”

Of course, anyone who has been a leader knows that one does not have to play moral idealism off against real politik.  They’ve had moments when they are faced not with a simple choice between good and evil, but between two goods, and worse sometimes two evils, and  they must choose the greater good or the lesser evil. As such moments, a leader’s ethics and wisdom are more crucial than ever. So we don’t have to deny the moral complexity of leadership to insist that we need men and women of character to lead us.

Which is why it’s natural to seek leaders who do not lie or steal, who are faithful to their spouse and friends and political allies, men and women who prize doing their duty over political expediency. A populace can hardly trust leaders if such baseline ethics are habitually violated.

At the same time, we know human nature, and nobody expects leaders to be “pastors in chief.” To be fair–and realistic–some of our most effective presidents and social justice champions have struggled in one or more of these areas of personal morality. Longing for moral leadership is like the line from the Pledge of Alliance that talks about “liberty and justice for all.” This is not a description of the way things are but an ideal toward which we continually strive.

The list of virtues needed in leadership are many of course: courage, patience, forbearance, among others. Yet at this perilous moment in our history, there is one moral virtue that is needed more than ever.

It was one modeled by Abraham Lincoln at the end of the Civil War, when he said in his second Inaugural Address that as he strove “to finish the work we are in to bind up the nation’s wounds,” with “all the firmness in the right as God give us,” we should not judge lest we be judged and proceed “with malice toward none [and] with charity for all…”

It was modeled by the United States government when it created the Marshall Plan at the end of WW2 to help a devastated Europe, including the nation that had taken over 200,000 American lives in battle and had murdered millions of Jews out of mere spite. As George Marshall put it, “Our policy is not directed against any country, but against hunger, poverty, desperation and chaos.”

It was modeled by the great John Lewis, recently deceased civil rights warrior, who talked about how to heal the deep wounds left by any injustice:

It is a love that accepts and embraces the hateful and the hurtful. It is a love that recognizes the spark of the divine in each of us, even in those who would raise their hands against us, those we might call our enemy . . . It is the ability to see through those layers of ugliness, to see further into a person than perhaps that person can see into himself….

Lewis of course was inspired by Martin Luther King Jr. who said in regard to his life-long crusade,

The problem is not a purely racial one, with Negroes set against whites. In the end, it is not a struggle between people at all, but a tension between justice and injustice.

A mass movement exercising nonviolence is an object lesson in power under discipline, a demonstration to the white community that if such a movement attained a degree of strength, it would use its power creatively and not vengefully.

In short, the most important moral trait of a political leader, especially in times of deep conflict, is that they not use power for vengeance but for justice grounded in mercy. It’s a refusal to treat others with whom one disagrees as “enemies” but only as opponents.  It is to remember that even our opponents are created in the image of God and, despite their views and projects that we find unsavory, they still retain an inherent dignity we are called to respect.

Among the many moral failings of our current president, his failure in this regard is the most egregious.  Just take his Twitter feed alone. Mr. Trump habitually ridicules his opponents, describing them as “unhinged,” “crazy,” “lying,” “disgraced,” “losers,” “crooked,” “phony,” “fake,” and people “of low I.Q.” His comments, which rage every day of the year, are the epitome of contempt for other human beings. Those who disagree with him are enemies who should be  humiliated.  He claims to be pro-life, and yet has no respect whatsoever for the lives of those who disagree with him. He is the most divisive, mean-spirited, and vengeful president in the history of the United States. One might argue he makes Richard Nixon look like a saint.

And while it is true that national divisiveness precedes his presidency, who cannot help but see that he has only made our divisions ever deeper; we now look across the chasm of differences with hate for one another, so that the American experiment in democracy threatens to collapse.

But let us not judge lest we be judged. We who seek to displace Mr. Trump from office are tempted by a great irony: in the cause of repudiating his moral legacy, we may merely sustain it by mirroring his caustic behavior. We are wise to remember that Donald Trump is also made in God’s image, as are all his advisers, as are Republicans who have sold their souls to sidle up to power, as are white supremacists emboldened by his contempt of others, as are those evangelicals, my brothers and sisters in faith, who talk about Mr. Trump in messianic terms.

This doesn’t mean we should become models of  sunshine and sweetness, ignoring  injustice and immoral leadership for the sake of a false peace. Far from it.  But it does mean we should not talk about our opponents as if the only solution is that they need an exorcism.

In short, let us fight not to humiliate them and then glory in our victory, but so that justice and peace may prevail for all.

And if our anger is too deeply embedded in our hearts, and in bitterness we cannot think of them as anything but enemies, okay—I get it. Let us then at least remember the bracing words of the One who called us to love not just our neighbors but also our enemies.

We will not have any right to take up moral leadership in any capacity, from the local school board to Congress to the presidency, if in achieving a strategic victory, we simply seek to punish the losers. Bearing as they do the imprint of divine dignity, we respect them still, not because they are right, but in spite of the fact that we believe them wrong, catastrophically wrong in some cases.

We do so with the hope of healing a nation afflicted with the pandemic of  polarization and helping us once again become a people whose pursuit of truth and justice is ever tempered by mercy.

This entry was posted in Character, Leadership, Morals & Manners. Bookmark the permalink.