After the Protests, Now What? 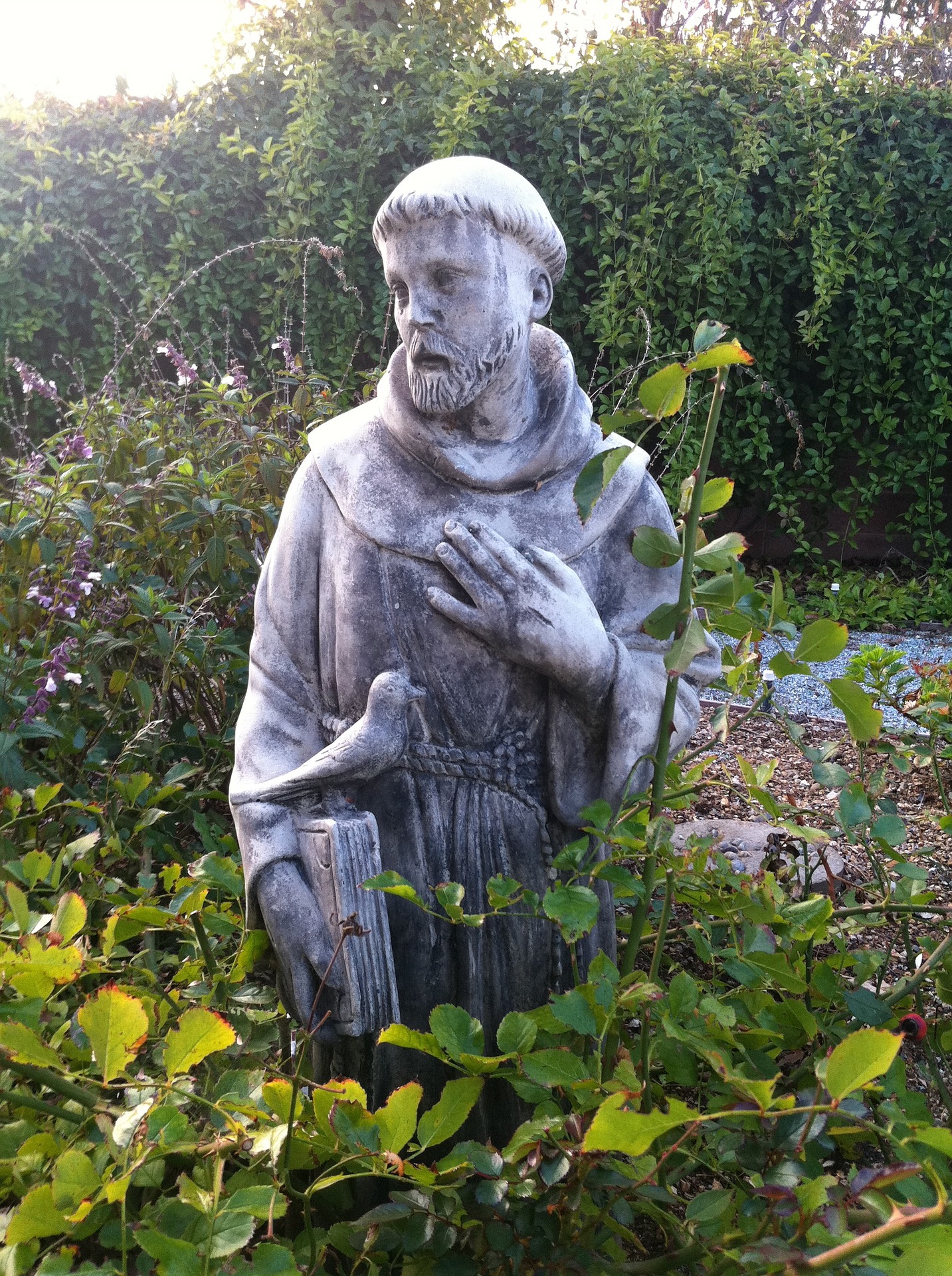 After absorbing the video of George Floyd gasping for breath under the knee of a policeman, the country erupted in protest.  The anger and frustration of blacks especially, but also of people of all races in many nations across the globe, is palpable. While the protests continue, people are starting to ask, “What do we do now?” Indeed. What can we do about intractable racism?

I believe one answer comes from our Lord, of course, but what that answer looks like is seen in a little-known moment in the life of Francis of Assisi.

It occurred at a general chapter of the Franciscan order in September 1220.  From its small beginnings ten years earlier, where a dozen men lived together in humble dwellings, the order now numbered thousands of men from all over Europe. It was everything Francis had dreamed of since the beginning—a large and devout movement that would reform the church to live the teachings of Jesus in poverty and humility. Surely the Lord had made all this possible and put him at the head so that he might continue to guide it at this crucial moment. And no one in the order would have disagreed—Francis was the man of the hour and the era, and his leadership was desperately needed more than ever.

But Francis pulled a fast one on his brothers. He announced at the general chapter that he was going to step down as head of the order. He would turn matters over to Brother Peter of Catanio.

The brothers were stunned. Many wept openly. They pleaded for him to change his mind. But Francis refused. To drive home his decision, he bowed before Peter and asked him to appoint him a companion, “who will represent your authority to me and whom I shall obey as if I were obeying you.”

In the course of human events, some groups, some ethnicities, some races end up dominating a society. And human nature being what it is—addicted to sin–that empowered group schemes (sometimes consciously, sometimes unconsciously, sometimes inadvertently) to maintain their privilege and then marginalize and oppress one or more other groups. The longer the history of oppression, the harder it is for the dominant group to stop oppressing—even when its members see injustice for what it is and believe it a terrible wrong. The dominant group becomes as addicted to their privilege as an alcoholic is to the bottle. They will talk change, they will advocate change, they will even march for change–but it will be a long time coming. In the meantime, let’s have just one drink to settle the nerves.

I agree with my black brothers and sisters when they complain that change is taking too long in America.  So we have to ask, “Why is it taking so long?”  I know there are Americans who are vocal and conscious racists, but I dare say they are very few these days. Many right-wing conservatives also lament the murder of Lloyd and police brutality against minorities. Everybody and their uncle believes that racism is a terrible blight on our history and insidious in our present.  But year after year, very little seems to change this reality.

Since I came of age in the 1960s, I’ve watched many a demonstration and riot in the name of racial justice. The same slogans and mantras appear time and again, from “Justice now!” to “Work the system!” But my conclusion after six decades is that the system is broken.  That’s because it is run by the ideas of the dominant political and social class, which now includes a fair number of minorities who have gained access precisely because they have agreed to abide by these ideas.  They are all addicted to privilege—even when these elite say they ardently desire change. It complicated, they say.  It takes time, they say.  You just doesn’t understand, they say. (And yes, we say.  I said such things a few too many times as editor in chief of Christianity Today.)

I no longer believe that the privileged will ever get around to the justice demanded by the marginalized, and so it’s time to turn the problem over to someone else. We privileged have had our historical moment in the sun. And I’m proud of what we have accomplished in our time. We’re not nearly as evil and clueless as the woke make us out to be. To use a football analogy, we’ve carried the ball of justice into the red zone. But there is some defect in the way we think and the way we execute that prevents any significant progress from this point forward. It’s apparent we can’t get the ball across the goal line. Time for some new coaches, new offensive coordinators, and new quarterbacks.

Concerning what this means for the nation, I have nothing new to offer. The best one might hope for is a new crop of candidates from marginalized communities to run for office, from city boards to Congress—and candidates that will not use the playbook of the privileged class once in office. We need some fresh thinking here. The current ruling class has run out of ideas; it is exhausted and out classed by the problems of the hour.

But when it comes to those of Christian faith in groups and organizations that are faith-based, I have a thought experiment for us to consider.  It applies to those of us who lead anything from small groups to a Sunday school class to a church committee to a non-profit. It’s not a thought experiment, really.  More of a command from our Lord, and something modeled by St. Francis: He who wishes to be first must become last; he who has authority over others, must become their servant.  He who is in a position of authority must relinquish that authority and hand it over to someone who is marginalized.

It’s unclear in my mind exactly how that would work in various circumstances—whether one is employed or managing the household or retired, whether volunteering or paid, whether one has financial obligations for others or not. The principle as it stands—give up authority–is naked as it stands.  It will have to be dressed in justice, mercy, and wisdom.

But this much is clear: it is the eye of the needle that the privileged must walk through. It will not be easy, for it shakes the foundation of our souls. As Alexander Solzhenitsyn put it,

If only it were all so simple! If only there were evil people somewhere insidiously committing evil deeds, and it were necessary only to separate them from the rest of us and destroy them. But the line dividing good and evil cuts through the heart of every human being. And who is willing to destroy a piece of his own heart?

If we’re going to sacrifice our privilege, each of us is going to have to destroy a piece of his own heart.

This move alone, if done by enough Christians in churches, community groups, and non-profits, could revolutionize the face of Christianity in America.  Seeing Christians of privilege take the gospel sayings of Jesus seriously, following in the footsteps of St. Francis—why it might give unbelievers cause to question their unbelief and cynicism.

Martin Luther King Jr. expressed Christian eschatology eloquently when he said, “The arc of the moral universe is long, and it bends toward justice.” It also bends the mighty and the proud, and puts them on their knees, so they can wash feet and raise others up, as did their Lord.

This entry was posted in Justice, Leadership, Morals & Manners, Race. Bookmark the permalink.

14 Responses to After the Protests, Now What?