There Is More than One Gospel

The current riff about it is a distraction from urgent matters. 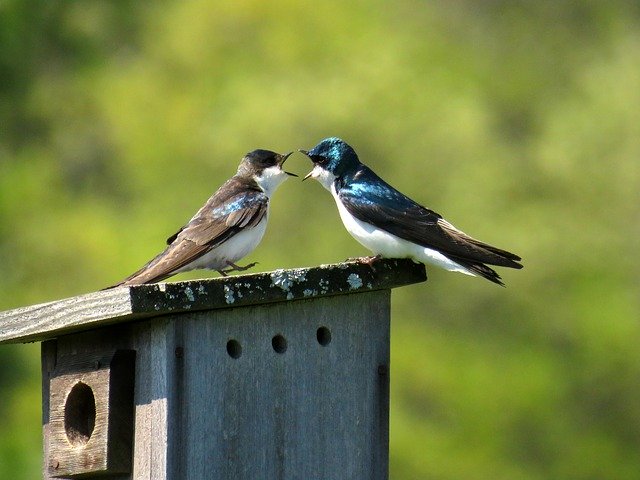 Image by Amy S from Pixabay.

For a few years now, certain players in the evangelical stratosphere—John Piper, Trevin Wax, N.T. Wright, Scot McKnight, among others—have been arguing about “the gospel.”  Each in turn wonder, What is it exactly?

To simplify matters (recognizing their complexity): On the Reformed side, the gospel is justification by faith.  That is, we are justified before God and his tribunal by faith in the work of Jesus on the cross, where he endured the just punishment for our sins.

Critics respond: “The good news is that the crucified and risen Jesus is the Messiah of Israel and therefore the Lord of the world.” (N.T. Wright). This Scot McKnight, in many blog-posts and a whole book, summarizes as “Jesus is King!”

[Addendum: to be clear, Scot’s views are much more complex and interesting than this, and one thing I especially like about his view is that Jesus must be seen as  a fulfillment of what God has been doing with the Jews since the days of Abraham. The church’s sorry history of anti-semitism could have been avoided had the church kept this in focus.]

Both parties acknowledge that their gospel has many consequences, including forgiveness of sin, eternal life, and so forth, but they each keep insisting that the gospel is one thing, and not surprisingly, it is the thing they have identified as the one thing. [Addendum: to put it less rhetorically and more accurately, they continue to insist on one definition.]

In addition, each argues that to misunderstand this one thing/[definition] leads the church into practical error.  McKnight, for example, worries that the gospel as justification by faith encourages decisionism—that is, a simple statement of heartfelt faith is all that matters for one’s salvation, which undercuts discipleship and leads inevitably to lack of concern for personal ethics or social justice.

Never mind Paul saying this much in Romans, among other places: “If you declare with your mouth, ‘Jesus is Lord,’ and believe in your heart that God raised him from the dead, you will be saved” (10:9).  Never mind that the thief on the cross was saved with the utterance of mere words.

Maybe the roots of paltry personal ethics and anemic social justice lie elsewhere than in a definition.

On the other side, there is concern that if we removed justification by faith from the center, then Christianity itself is doomed. In an overview history of the church, the site Monogerism, concludes: “The history of justification by faith alone is the development of two ways for one to be forgiven of sin. One way says the merits of man’s works plus Christ are need for forgiveness. The other way says the merits of Christ alone received through faith are all that is needed.”

In this view, church history really began with the Reformation.  There’s Paul, and then there’s Luther.  So much for the 1500 years between, which this view considers a millennium and a half of works-righteousness in one form or another, with only brief candles of hope flickering here and there.

Let me be clear. I love reading about justification by faith and admire the many theologians who expound it eloquently.  And I love reading about the Lordship of Christ, and have learned much in reading Scot McKnight over the years (although he is an annoyingly good golfer for a guy who rarely plays—and this I do hold against him). And yes, I get that each side makes a number of qualifications that makes room for a fair portion of the other’s arguments.  But in the end, the whole business is repeatedly presented as an either/or matter. With apologies Kierkegaard, I beg to differ. My annoyance is not personal, but it is theological.

Can I remind us that the New Testament opens with four books, which have been rightly and traditionally titled:

The Gospel According to Matthew

The Gospel According to Mark

The Gospel According to Luke

The Gospel According to John

As New Testament scholars are wont to point out, each gospel presents a slightly different take on the story of Jesus. To oversimplify with one example: Matthew is a gospel for Jews and Luke for Gentiles.  Another example: in a completely different vein, John is considered the metaphysical gospel.  Other distinctions abound, with nuances assumed.

The early church with providential wisdom, let all four stand together, despite their differences, and despite the many problems it caused early apologists and preachers sometimes (a gospels harmony is no easy thing to pull off!). They understood that the gospel is a many splendored thing, that to make it one thing was essentially to distort it.

They also understood that the gospel is first and foremost not a doctrine but a story, a story which, like all stories, includes a great deal of ambiguity, misdirection, plot twists, and endings that are new beginnings.

In short, the gospel is about King Jesus and the justification by faith and forgiveness of sins, and eternal life and empowerment of the Holy Spirit, and becoming like God and Jesus’s defeat of Satan and the assurance of the coming of the Kingdom and the radical ethics of love and faith alone and so on and so forth. There is a great deal of good in the good news, which lest we forget is what gospel means.

God in his wisdom has offered a variety of insights into the goodness of the many splendored good news.  I usually find the message, “Jesus is King,” intellectually interesting.  I believe it, but it doesn’t tend to quite touch my heart.  Preach to me about the unfathomable mercy of God in dying for my sins—well, I’m moved to tears.  Apparently, many find just the opposite to be the case. And many others, find other splendored aspects of the good news to be really good.

If I may be so bold as to suggest: This argument about the gospel-is-one-thing is a display of a typical Protestant problem: the need to prove to others that your interpretation of Scripture is not only right but must be adhered to else the future of Christendom hangs in the balance. It’s what’s lead to thousands upon thousands of denominations–a lack of unity in this portion of Christ’s body that is beyond scandal.  That is very bad news indeed.

(An interesting piece that examines exactly how many thousands is found here—it’s more complicated than many make it out to be.  It’s not 33,000.  But it’s not nothing.)

Of course, there are boundaries to what the gospel is and is not–of course! And theologians need to be attentive to such matters–that’s one of their jobs. But really, upon consideration, is this matter really the hinge upon which the future of the church hinges right now? Perhaps history will prove me wrong, but I think not.

Instead of arguing about the gospel, or even arguing with one another, let us use our intellectual gifts to argue with the real enemies of the many splendored gospel, about intellectual matters that display deep fault lines in our world, like pervasive relativism, idolatrous materialism, humanistic secularism, and attacks on all forms of religious belief across the world.

The world is dying in unbelief and is threatened with worldviews and practices that endanger people’s souls.  Arguing for a one-thing gospel is, to people like me anyway, a distraction from baptizing and discipling the world.

(Of course, in publishing this, I recognize I’m doing the exact thing I preach against—arguing about the gospel!  Which just goes to show I’m just as Protestant, and perhaps just as divisive, as by brothers and sisters.  Lord have mercy on us all.)

Naturally, my publisher will rightly consider me remiss if I didn’t encourage readers to check out my recent book:  When Did We Start Forgetting God?: The Root of the Evangelical Crisis and Hope for the Future (Tyndale, 2020).

Addendums (nuances!) added on 5/5/2020 after conversations with Scot.

This entry was posted in Church, Morals & Manners, Soulwork. Bookmark the permalink.

5 Responses to There Is More than One Gospel